Palabras, lugares, objetos is a design project dealing with the use of the Spanish language in the context of Stockholm 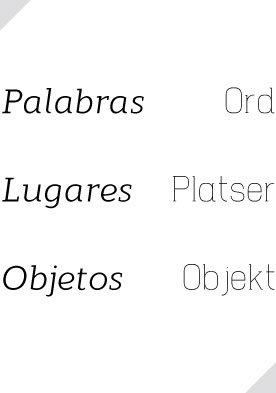 María Ramírez and Marina Turmo curate and participate in this exhibition where they deal with the Stockholm context and how they communicate in it as Spanish speakers. Their research takes the form of design.

Presentation by María and Marina at 18:30.

María Ramírez and Marina Turmo have developed this project within their artistic residency at KKV.

With the collaboration of the Spanish Embassy