MARKET and ARCO, and their impact on Spanish-Swedish gallery networking 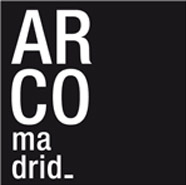 The 2015 Madrid International Contemporary Art Fair (ARCO) (February 25 – March 1) gallery line-up has already been published, and we can find nine Nordic galleries in it, five of which were also present in MARKET 2014.

Last April 2014, Stockholm-based art critic and curator Martí Manen interviewed Carlos Urroz, director of ARCO, during his stay in Stockholm on the occasion of MARKET 2014, ”the Nordic region’s leading fair for contemporary art”, as they themselves acclaim.

While the 2015 MARKET (April 17-19) line-up is still unknown, networking between Spanish and Swedish galleries continues.

More about this networking soon!!

”ARCO is a show that has always fought for internationalization”

ARCO, the Madrid contemporary art fair, blends cutting edge works with contemporary classics in its stands, highlighting the connection between Europe and Latin America. ARCO turns 35 soon. 35 years of history, emotions and a meeting point for professionals and art lovers. We interviewed Carlos Urroz, director of ARCO, after passing through MARKET, the Stockholm contemporary art fair.

Martí Manen: First, how can we explain ARCO with some figures?

Carlos Urroz: The goal of ARCO is to have 150 quality galleries within the general program, which present their whole program or which present two artists. Then, we have three curated parts: one is the guest country part, which is Colombia this year [2015], and in which there will be 12 or 14 galleries selected by a Colombian curator; another one part is the young galleries one (less than seven years old), which is called Opening. It is selected by two curators, Chris Sharp and Luiza Teixeira de Freitas. Finally, there is the part of projects by Latin American artists that we have been doing for the last 5 years,  and is a continuous link with Latin America, and where some 20 projects are selected and have a specific area within the fair. In total there are about 200 galleries divided into 4 clear sections.

Carlos Urroz: Analyzing these 33 years of ARCO, I think that in the first ten years the show was a festival, a kind of celebration of the contemporary linked to the celebration that Spain had left a gray period, rather than linked to art collecting. It maintained itself thanks to this, thanks to the energy it got from being a festival. Then, in the 90s, with the forum that was really a very well structured seminar, ARCO became a university, and major biennial curators passed by it, and even the board of one Documenta edition was formed there. This factor gave life to ARCO, especially in the late 90s until the Spanish economy recovered.

I think that at this point ARCO is a market, and as a market, I understand it as a place for exchange of both products for money and ideas, and that’s what we’re working on. The training part is already being done by universities, art centres and museums, and for the festival part there are other festivals.

Martí Manen: Anyway, it seems as if mainstream media in Spain continue wanting to portray the excitement of the festival or ARCO as the great encounter with art for the whole population.

Carlos Urroz: Yes, it is true that ARCO has been able to capitalize a time of the year to talk about contemporary art. For the media it is a time not only to evaluate the fair and its participation, but also the situation of contemporary art in general. The situation of Spanish contemporary art is evaluated annually during the week of ARCO, and in this sense goes beyond if there are good galleries at the fair or whether or not they sell. Hence, it may have a more public dimension than other fairs.

Martí Manen: In fact, ARCO continues to set the calendar not only for the art market in Spain, but also for the institutional field. Its weight is such that it defines what programs are in Madrid or Barcelona, ​​and when exhibitions are inaugurated, for ARCO is a meeting point, which means that everybody is in one place at the same time. Simultaneously, as it receives this institutional perception, there is almost a capitalization of what ARCO is by many people, and everyone has the right to have an opinion about what it should be and about what a fair is. In this sense, it is interesting to see the commitment of ARCO to make a very transparent market while there is a popular will to define it.

Carlos Urroz: Yes, I believe that we are a country with lots of opinions and that, being a public event, everyone feels entitled to have an opinion. Yes, it is true that we try to agree on our schedule and format to integrate as many things as possible: gallery openings, thebrunch made by Madrid galleries, the program of institutions both in Madrid and in other cities that want to profit the prior weekend or the one following… In this sense, it does set a calendar, since we attract a large number of people coming to Spain on the occasion of ARCO. Not exclusively for ARCO, but on its occasion. Museum directors, biennial directors, curators, artists and gallerists are definitely going to be in Spain on that week.

Martí Manen: And with regards to that, how do you rate the national/international weight of the fair?

Carlos Urroz: ARCO is a fair that has always fought for internationalization, and which is very successful in the domestic market, but where most of our actions are aimed at bringing quality galleries, interesting collectors, and museum directors. And we devote a lot of time and resources to this. We can do more, but it is true that the fair has this latin component, it has Spanish, Portuguese and Latin American galleries, which are what gives it its specificity.

Martí Manen: Speaking of specificity, what type of model collector is in ARCO?

Carlos Urroz: There is no model, there is a bit of everything; from people who have large collections and own museums, to amateur collectors, art consultants, people who buy just a piece a year and do it in ARCO… Fortunately, there are many types of collectors. Some years there are more of one type, and other years of other types. We definitely do an effort to bring collectors from abroad. We invite more than 250 couples who we take very well care of, chosen together with the galleries, so that they generate business at the fair.

Martí Manen: And this means that at the time of ARCO there is an international meeting place for collectors, curators and museum directors that causes things to happen there during the fair.

Carlos Urroz: Yes, I think it’s something that we work hard on, to make the participating galleries interact with collectors, and we bring that world of curators, biennale directors and museum directors who do not travel to other fairs, and come to ARCO because they know that in addition to the content of the fair, they meet colleagues, discuss projects or have meetings like the CIMAM or the European Association of Corporate Collections, which means that  it’s true that curators and directors say in February, ”maybe we’ll meet in ARCO”, so it’s already on their calendar, and this is a world of great interest to many of the participating galleries.

Martí Manen: Speaking of participating galleries, what does ARCO offer or what can ARCO offer of particular interest to a gallery from Norway, Sweden or Finland?

Carlos Urroz: I think that compared to other fairs, ARCO offers two things: one is  the link with Latin America. Next year, Colombia is the guest country. We have had 11 galleries from Brazil, Argentina and from other parts of Latin America, plus collectors and directors of major institutions, and that’s a collective that does not appear much in other European fairs. And then, this world of invited biennial directors, museum directors and curators, which gives a distinct feature to the visitors of the fair.

Martí Manen: In the previous edition, the guest country was Finland. I guess FRAME- the Public Agency in Finland for the Internationalization of Finnish Art – has made this institutional public work to support the culture and art of its country, and has been a key starting point for the presence of Finland in ARCO to be relevant.

Carlos Urroz: Sure, FRAME has been a great speaker for the invitation of Finland to ARCO. We had invited the galleries, but we decided that the invitation should be to an artist per gallery. Thanks to FRAME the artists have been able to come, they have been in contact with those curators who were at the fair, and we have been able to make exhibitions at institutions in the city ­­–in addition to what was happening in the fair venue, so FRAME has served as a speaker for our invitation to a country like Finland.

Martí Manen: And in fact, as usual [with guest countries to ARCO], in Madrid we have seen much more Finnish art not only in ARCO, but in other platforms, institutions and art spaces. ARCO capitalizes or promotes that the art of the guest country is present not only in the pavilions that the fair occupies.

Carlos Urroz: Sure, we make the link between the guest country and the exhibition halls of Madrid, and it is the duty of the guest house to seduce the halls with its artists.  We also offer to exhibit and promote these activities as part of our program. I think it worked very well and that Finnish artists have had a lot of visibility in Madrid this year.

Martí Manen: In terms of timing, ARCO defines a key emotional factor during the opening days of the fair, but it is also taking more and more care of the entire year in Madrid. Meetings with collectors are being organized, as well as rereading of works. Is it to maintain the image or the idea of ​​ARCO more than just during a few days? Is the whole picture changing and this constant link is now necessary?

Carlos Urroz: ARCO has the ARCO Foundation, the mission of which is to promote contemporary art and art collecting. It is through the ARCO Foundation that we do an entire training work in contemporary art, training in collecting and presentations of ARCO outside our borders, so that when the fair arrives, people have the knowledge and the guideline on how to perceive the works that are hanging on the walls of the stands, or on how to start a collection. This is a task that we carry out during the whole year to prepare the fair.

Martí Manen: Something important is that ARCO has been capable of reading the global situation of fairs to the point of changing the dates of its own fair because it overlapped with the Mexico City fair. If 30 years ago working in a fair meant having complete control over the local scene, now it is compulsory to have almost absolute control over what happens at a global scale.

Carlos Urroz: Sure, our basic interlocutor is the galleries, and the galleries are telling us if the dates suit them, what other projects they have, how the dates affect their clients’ holidays, and according to this, we try to adapt to the Madrid fair calendar. What we want is to make a fair that suits the galleries, which are the ones it should fit.