Stockholm-based curator, Martí Manen, has been chosen to curate the Spanish pavillion in the Biennale 2015 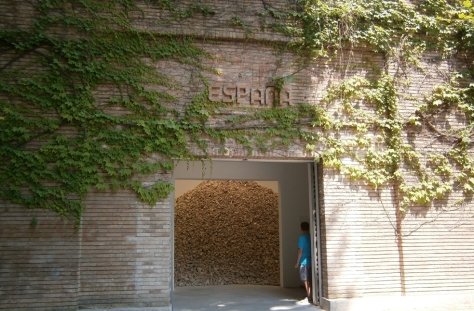 Curator and art critic Martí Manen (Barcelona, 1976) has been chosen to curate the Spanish pavillion at the contemporary art Venice Biennial 2015, which is titled All the World’s Futures and is curated by Okwui Enwezor. The decision is taken by AECID (the Spanish Agency of International Cooperation and Development), which belongs to the Foreign Affairs Ministry.

Manen’s project is called Los sujetos (the subjects), and it will include four artists or collectives: the collective formed by Helena Cabello (Paris, 1963) and Ana Carceller (Madrid, 1964), Francesc Ruiz (Barcelona, 1971), Pepo Salazar (Vitoria, 1972), and Salvador Dalí (Figueras, 1904). This last artist will not be present through his art work, but as a figure or subject. The rest of the artists will allude him in some way or another. Hence, the past will be revisioned from the present touching upon what we may have in common; ”perhaps it is just now, in a moment of crisis such as the one we are living, that we can understand his [Dali’s] personal crisis: his sexual identity crisis, his crisis due to his relation with the market, [and] the atomization of reality”, says Manen. The three current artists will each deal with each type of crisis aforementioned.

At the same time, the exhibition will include interviews with heads of art institutions who will also analyze Dali’s figure.